Several representatives from international institutions and guests from the UK, Australia and other countries who attended the Opening Session all showed thumbs-up to him between meetings, Zhou Qiangwu, director of International Economics and Finance Institute (IEFI) under the Ministry of Finance (MOF), told Yicai Global in an interview.

Zhou expressed his opinions on the work priorities after the forum, relations between the Asian Infrastructure Investment Bank (AIIB) and the Belt and Road Initiative (OBOR), and approaches on how to drive world multilateral development institutions and attract private capital to participate in the Belt and Road construction.

Yicai Global: What is your understanding of the Belt and Road Initiative proposed by China?

Zhou: OBOR represents a significant initiative from the perspectives of history and modern times at a higher level, based on regional and world development needs. It endeavors to build a community with shared destiny and interests. In my eyes, OBOR is the most important initiative in international cooperation since China adopted the reform and opening policy. It not only reflects China’s firm stance of sticking to opening to the world and driving development with cooperation, but also underscores China’s initiative in undertaking the responsibility for boosting world economic growth and systemic reform of global governance in response to the changes both in China and other countries. Particularly amid the continued global economic downturn, increasing uncertainties over economic growth, and the strengthening anti-globalization trend, China’s proposal of OBOR -- which aims to achieve shared growth with discussion and collaboration -- is of far-reaching significance and reflects China’s wisdom and the shouldering of its responsibilities as a major power.

Yicai Global: How do you evaluate OBOR’s current progress and achievements?

Zhou: Thus far, OBOR has progressed smoothly. The project construction and response of international society is far beyond expectations. In the four years since OBOR was proposed, over 100 countries and international organizations have made active responses, and signed over 50 bilateral memoranda and cooperative agreements. Some key projects have made positive progress, and gradually expanded from small- to large-scale.

The success of the 2017 One Belt, One Road Forum for International Cooperation shows this initiative has developed to a new level. Some representatives of international institutions attending the Opening Ceremony and guests from the UK and Australia thumbed up when meeting me during the conference. “They appreciated the speech President Xi Jinping delivered at the Opening Session, especially the new plans and investments for the Belt and Road Initiative, which they all deemed unprecedented. They believe such a commitment represents China’s major contributions to international development and cooperation and that the OBOR Initiative will be inscribed into the annals of international development and cooperation.

Yicai Global: What do you think are the key points for jointly building OBOR in the next phase?

Zhou: President Xi proposed both AIIB and OBOR in 2013. Therefore, many people in China and abroad misunderstand the relationship between AIIB and OBOR, and believe AIIB solely serves OBOR construction. They have their respective attributes, but similar objectives.

As I said before, OBOR is an initiative put forward for development and cooperation according to the needs of regional and global development. It seeks to build a community of benefit, destiny and responsibility with mutual political trust, economic integration and cultural tolerance together with those countries relevant to OBOR by means of actively establishing economic partnerships with them, whereas the Asian Infrastructure Investment Bank (AIIB) is a newly-built multi-lateral development institution. It is an international institution that does not belong to any one country. Additionally, AIIB mainly focuses on infrastructural investment, but the content implicated in OBOR is extensive, and includes the fields of policy, trading, and cultural communication other than interconnection of infrastructure.

However, AIIB still intersects with OBOR. Most AIIB members are countries with a nexus with OBOR, and one important component of OBOR is simply to promote the development and intersection of infrastructure, which is also consistent with AIIB’s target. AIIB, the World Bank and many other multi-lateral development institutions support China’s establishment of OBOR, and they are partners in it. Currently, 13 projects invested in by AIIB are infrastructure projects in OBOR-related countries. Noteworthy is that, whether it is AIIB or OBOR, they always persist in the concept of opening and containment as well as the principle of discussing, establishing and sharing together, which is good to better improve the global economic and political system, and benefit more countries.

Yicai Global: How will China explain the relationship between AIIB and OBOR to those AIIB members like India who still harbor misgivings about OBOR?

Zhou: You mentioned that India is still dubious about the relationship between AIIB with OBOR, though actually, there is no need for AIIB members including India to worry about this. Members together decide on all investment projects AIIB undertakes. Moreover, India is the second shareholder in AIIB, it has the plenary right to be heard and make decisions. At the beginning of May, USD160 million investment in India approved by AIIB leveraged the power supply project in the state of Andhra Pradesh, India supported by USD571 million, in future, AIIB will invest in more projects in India. We may say that India will be one of AIIB’s main beneficiaries. In addition, I must stress that OBOR is not a geopolitical tool and will not threaten India. OBOR will positively dock with Indian development strategy to attain complementary advantages and bring more development opportunities to India.

Yicai Global: Many partners enthuse over OBOR because of China’s capital ability; however, Chinese capital cannot fully meet the needs of the global infrastructure gap and the building of OBOR. China is also under great foreign exchange and short term capital flow pressures. In your view, how does the establishment of OBOR attract the participation of capital in the global financial market?

Zhou: Financing executes an important function in five interconnections. We often say, ‘Food and fodder should go ahead of troops and horses,’ and ‘food and fodder’ here just mean financial resources. Thus, whether it can efficiently mobilize the financial resource in China and other related countries, how to enhance the cooperation with multi-lateral development institutions and invest more in the establishment of OBOR will directly determine OBOR’s future development prospects.

China has become the world’s second-largest economy after more than 30 years of rapid development since reform and opening-up. It contributes more than 30% to global economic growth. China has a stronger capital base and richer mobilizable financial resources than other OBOR-relevant countries. To take the Silk Road Fund as an example, it has signed up 15 projects covering almost all of Asia as well as Europe and North Africa, and committed to investing USD6 billion. It endowed another USD2 billion to set up the fund for capacity cooperation between China and Kazakhstan. The Silk Road Fund was designed with capital funding of USD40 billion, which will be huge after adding the additional investment of CNY100 billion announced at the OBOR Forum for International Cooperation.

Also, the China Development Bank and the Export-Import Bank of China, which used to invest heavily in countries along OBOR routes, will provide additional loans of CNY130 billion and CNY250 billion, respectively, along with the newly-established CNY300 billion overseas fund, indicating these two major financial institutions will have a greater ability to invest. I believe they will prove crucial in the development of OBOR.

But we must recognize that countries along OBOR routes vary considerably in economic development, systems and cultural environments. Most projects under the initiative -- whether infrastructure and energy efficiency or capacity cooperation and industrial parks -- require large investments over a long term with high risks. The initiative therefore requires massive funding, so I fully agree with your opinion, namely, China alone cannot fund OBOR’s development.

We often say that regional issues require regional solutions and all parties concerned -- including multi-development organizations, development, policy and business financial institutions, institutional investors and private agencies -- should work together. In the meanwhile, the government should leverage its position in policy integration, legal guarantees and credit support to improve cross-border financial services, expand the use of domestic currency and develop innovative investment and financing methods to create a stable, diversified and sustainable investment and financing system to provide more funds for development of OBOR.

Zhou: OBOR, which involves many major cross-border construction projects, requires huge funds, so government investment alone cannot meet the requirement. As multi-development organizations have extensive experience in developing financing and advantages in multinational coordination and know-how, they can play a bigger part in OBOR’s development.

To cite the World Bank and Asian Development Bank as examples. The loans, grants, equity investments and guarantee commitments the World Bank Group provided to its member states and the private sector in the 2016 fiscal year amounted to USD64.2 billion, of which over one-third went to the Asia region. ADB's annual business volume in 2016 was more than USD30 billion -- a 50-year high -- as Asia continues to grow in development financing and knowledge needs in the infrastructure sector. At present, the investment by the World Bank and ADB in Asian regional infrastructure each year is more than USD20 billion. This shows that multilateral development agencies can provide financial support for OBOR construction.

At the same time, multilateral development agencies have expertise and knowledge reserves in related fields and extensive experience in developing and implementing large infrastructure interconnectivity projects, so they can provide valuable intellectual support for OBOR construction.

Yicai Global: In attracting private capital at home and abroad to invest in infrastructure and OBOR construction, what efforts do you think the government and private capital should make to achieve this goal?

To this end, the government, multilateral development agencies and private capital should work together to establish a sound mechanism to encourage more private capital to participate in infrastructure and OBOR construction.

First, the government should create a favorable investment environment to encourage it to actively participate in OBOR construction, especially infrastructure projects, through Public-Private Partnerships (PPP).

Second, multilateral development agencies should provide guarantees for private capital’s participation in infrastructure projects to reduce the risk and better build trust between it and projects.

Finally, private enterprises should further fortify their own capacity-building, and actively participate in OBOR construction. OBOR countries will confer a huge market on the private sector. If private enterprises can fully seize this opportunity, they will benefit from it.

I would like to adduce the example of Alibaba. Alibaba has long been involved in OBOR construction. The Electronic World Trade Platform eWTP it created has opened in OBOR countries. Its cross-border e-commerce platform, AliExpress, also covers OBOR countries and regions. The number of overseas users of this platform now exceeds 100 million, which bestows huge benefits on Alibaba.

(This article is the exclusive interview of DG Zhou Qiangwu with CHINA BUSINESS NEWS.  The full transcript of the interview is posted on the following website: http://www.yicaiglobal.com/news/50098409.html) 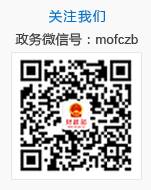